The emerging paradigm of planet formation 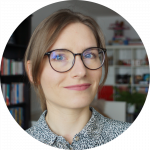 The planet formation theory is currently undergoing significant changes. The classical theory of planet formation was developed in the second half of the twentieth century and it was entirely based on the architecture of the Solar System. Today we know over 5000 planets orbiting stars other than the Sun, which architectures are often very different from the Solar System. These discoveries, in connection with the improving observational capabilities enabling us to better understand the planet-birth environments, triggered a significant revision of the planet formation theory. During the talk, I will explain the most important breakthroughs that took place in our understanding of planet formation, such as understanding the process of planetesimal formation and the emergence of the pebble accretion paradigm.