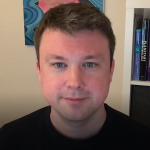 In the last few decades astronomical observations have revealed that planetary objects are plentiful in the galactic neighbourhood and truly diverse in nature. However, exoplanet measurements are so far limited to assessing only the most basic parameters, such as radius, mass, and bulk density of a planet, from which detailed characterisation of smaller, Earth- to super-Earth-sized planets remain challenging. In order to gain a more comprehensive understanding of the exoplanet census, contextual information on the delivery of major volatile elements and constraints on physical mechanisms that shape such planets are needed. In this talk, I will discuss how the inhomogeneous enrichment of forming planetary systems with short-lived radionuclides like Al-26 in typical star-forming environments  influences the interior evolution and volatile loss of planetesimals that accrete to form terrestrial-like planets. The resulting internal geophysical evolution of growing planetesimals sub-divides rocky planets into distinct populations: enriched systems with Solar-like or higher levels tend to form water-depleted planets, while barely enriched systems dominantly form ocean worlds. In the Solar System, geophysically-evolving bulk composition driven by short-lived radionuclide heating offers an explanation for key trends in the distribution of core formation ages and in planetary bodies and volatile fractionation between the inner and outer Solar System. In polluted white dwarf systems this mechanism can explain the observed distribution between iron- and mantle-enriched relative to primitive materials. The link between planetary bulk composition and radioactive heat sources that originate from massive stars suggests a direct correlation between the star-forming birth environment of exoplanetary systems and the climatic and geodynamic evolution of rocky planets that form in them. Observations of M-R trends on a population level and detailed characterisation of select super-Earths in the upcoming years offer opportunities to provide novel insights into the volatile history and evolutionary paths of rocky worlds.