The Atmospheres of Exoplanets: Albedos and Phase Curves of Celestial Bodies 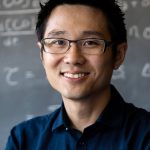 The albedo of a celestial body is the fraction of incident starlight reflected by it. The study of the albedos of Solar System objects is at least a century old, at least in the Western world. For example, Bond (1861) speculated on the near-unity albedo of Jupiter, while Russell (1916) observed the opposition surge of the Moon near and at full phase. The light of a planet or moon varying with orbital phase is known as its phase curve. Modern astronomical facilities have enabled the measurement of phase curves of reflected light and thermal emission from exoplanets (e.g. Kepler, TESS, CHEOPS, Hubble, Spitzer), which enables the investigation of atmospheric dynamics and aerosols. In the current talk, I will concisely review and discuss historically important work, including seminal contributions by Seeliger (1888), Chandrasekhar (1960), Sobolev (1975) and Hapke (1981). These introductions set the stage for a detailed discussion of our recent work on generalising these classic works to derive closed-form, ab initio solutions for the geometric albedo and reflected light phase curve. This novel theoretical framework is applied to Kepler space telescope data of the hot Jupiter Kepler-7b, where we demonstrate that one may infer fundamental aerosol (single-scattering albedo, scattering asymmetry factor) and atmospheric (geometric albedo, Bond albedo, phase integral) properties from precise photometry alone, thus providing powerful complementary information to spectra. Another case study are the Cassini phase curves of Jupiter, which were measured in the early 2000s by the Cassini space mission but never subjected to Bayesian inference. By inverting the Cassini phase curves, we infer that aerosols in the Jovian atmosphere are large, irregular, polydisperse particles that may be responsible for causing coherent backscattering of sunlight.