Impact Craters and Life (and Death) 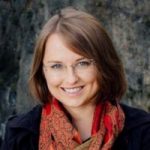 Impact craters form when rocky objects, such as asteroids or moons, collide with one another, especially when these objects are moving at exceptionally high speeds. This is a critically important process in the Solar System, because this process rapidly releases enormous amounts of energy, similar to the explosion of a bomb. This process can lead to many geological features, and on Earth, it has resulted in major changes to the environment. Ironically, impacts both endanger life, but also have created the environments necessary for the development of life, including the delivery of water to the planet. After impact craters form, they form warm enclaves where water is heated in hydrothermal systems, and generate niches for life, possibly including the origin of life itself. Without impact craters, we would not be here.