Climate evolution of rocky planets and the impact of life 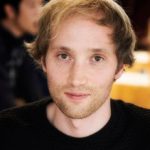 The habitability of rocky planets depends on atmospheric greenhouse gases, which are controlled by complex interactions between the mantle, crust, and atmosphere. On Earth, the long-term carbonate silicate cycle is known to regulate the climate over millions of years and may even be the reason why liquid water has existed on Earth’s surface since its early history. The application of global carbon cycle models to extrasolar planets is not straightforward, since the tectonic and geological state of these planets is unknown.

In this seminar, I will present climate evolution models for stagnant-lid and plate tectonics planets. In particular, I will discuss the role of the planetary interior, such as mantle temperature and composition. Planets with a global surface water layer will also be considered. Finally, the impact of biological processes, such as biological enhancement of weathering and marine biogenic calcite precipitation, on climate evolution and stability will be discussed.